We offer most competitive rates and offers for wonderful and beautiful places.

Looking for a unique vacation destination? Then maybe a trip to one of the 10 most unique tourist destinations might.

There is not a better way to spend money, than spending money on travel. This is what we say, others and science.

We do our best to have you a wonderful experience by taking you to the wonderful and amazing places around the world.

Booking is quick as clicking a few clicks. We take care of all transportation and accommodations during your journey.

We have staff to assist in all stages of your holiday, from travel advise & best prices to ground handling & support during your holiday.

We have a wide range of expertise and knowledge in our services. So we can provide you an exciting travel experience.

Our Featured Packages allow you to get away from routine, spend time with family and friends.

On this tour we shall relish the beauty of this wonderful french speaking country bordered...

Experience Nigeria in 9 days with a professional tour guide

Experience Nigeria in 9 days with confidence Day 1: Lagos Upon arrival in Lagos, you will...

Benin, formerly known as Dahomey, is characterized by a great diversity of landscapes and ecosystems....

Liberia with her sixteen counties is a country few travelers have visited but however holds...

The Maldives is a tropical nation in the Indian Ocean composed of 26 ring-shaped atolls,...

Check out our travel destinations.

From seasonal and holiday highlights to upcoming events and special offers.

Select your Destination by Mood

In the mood to travel? You have to be more specific! and, match your mood to your destination!

Find out our latest news, promotions and professional tips.

What Can $10 Get in LAGOS, NIGERIA? (craziest city)

Abeokuta is an ancient town of the Egba people...

Ganvie- The Venice of west Africa

Kind words from our Customers

Read reviews and opinions from our global travel community!

I had an absolute incredible time with Confidence in Lome. He picked me up at the given time from my accommodation in Lome to proceed with city tour. It was lovely, knowledgable and detailed tour of Lome. We visited Independence Square, had a drive around Lome, slave house and trade of slaves, vooddoo fetish market, and walk over nice beach in Lome. Confidence is wonderful guy and great tour guide. He provides tours not only in Togo but in Ghana, Nigeria, Benin and Monrovia. If you are looking for professional tour guide specializing in West Africa do not hesitate to contact and hire Confidence with confidence to show you around.

I needed a high level of flexibility during my trip as I usually tend to make last minute plans. Confidence provided full support and always made sure everything is plausible.  He and his team were always on-time which was a big plus.

I’ll definitely hire him on my next trip to West Africa!

For over three weeks, Confidence steered my journey around many of the cities and towns in the southern third of Nigeria and to Accra and its suburbs. My trip was in part a personal pilgrimage in which I revisited places I had visited 40 years ago! It was also an intensive research project for a book I am writing about the Nigerian Civil War. My research required visiting many somewhat obscure sites, and interviewing people from many walks of life. Confidence comprehended the significance of my complex needs and was integrally involved in helping me revise my initial plan into a feasible and ultimately successful tour. Confidence was enthusiastic about my project, and was an important source of substantive information about West African, past and present. He had a longstanding working relationship with the driver, who was not only a keen eye for safety and a firm hand on the wheel over difficult terrain, but was also well educated and well informed, and very importantly, he worked very effectively with Confidence in managing the routine hassles that come up on an extended road trip. Confidence was able to access colleagues throughout the region to provide information or local contacts that greatly enhanced my research and my enjoyment as a tourist. These gentlemen had to contend with me as a older man with acute sciatic pain. They accommodated my needs around this condition, and were responsive to my preferences regarding lodging, food, etc. Confidence was in every way flexible, adaptive, and and focused on my goals and needs. I very much look forward to having another West Africa tour handled by Confidence and the team he has assembled.

Fantastic and safe
Confidence is punctual, professional, knowledgeable, enthusiastic, funny, and surrounds himself with good people who will become your friends and will take care of you. I got very sick from bad food that I didn’t warm up and Confidence stayed by my side through most of the night and helped succor me back to health. His drivers and assistant guides are well-vetted. I also took a trip to Liberia a year ago through Confidence’s company, which had ups and downs but was still worth it. Confidence is straightforward and arrow straight. He’s a man of faith and it shows. Confidence gets my highest recommendations and we will do business many more times, as he operates from Senegal east to Nigeria and has contacts in other places too. His English is standard and cannot be misunderstood. He’s educated and as pursuing post-grad degress now. Hire this guide NOW!

performance of my tour guide Confidence.

Confidence has proven to be the consummate travel guide facilitating my three visits to Benin in 2019. He surpasses the needs of his clients with meticulous logistical planning and his congenial personality. He is a sound listener and an equally fine conversationalist and narrator. In August, I recommended his services to a longtime friend.who was equally impressed.
I will continue to sing his praises.
Glenville C.Ashby, PhD

From the first contact over WhatsApp to dropping me off at the Lagos airport, Confidence and his team were one of the best tour guides I have ever had, and everything was sharp-sharp (when you call/text/WhatsApp Confidence, he will tell you what it means)! Like many people, I was nervous about picking a guide, but Confidence provided five American citizens’ names as references to call. When I called/texted them, they all got back with me quickly, and helped me to know I was in good, safe hands with Confidence. I ended up putting down an 80% deposit, which allowed us to concentrate on the experience!
After living in Brazil on assignment with my company for two years as well as growing up in the Southern U.S., I knew I had to visit West Africa to learn about the history and influence it had on two cultures that I love dearly. Confidence tailored a trip, starting by taking me to the African Diaspora festival in Badagary, where they invite Americans (As in North and South America, and Caribbean) whose ancestors were brought over in the slave trade back to walk the path their ancestors took. There are no museum experiences or words to describe the sadness I felt walking the path that slaves walked, or feeling the weight of the chains that were put on them. After the walk, the festival cheered me up, with music, dancing, and masquerades. The people were extremely friendly, and helped to give me hope again. Confidence’s attention to detail, such as keeping my cellphone in his bag, knowing the locals, and even having some cash on hand for people, kept the day smooth and invigorating. We drank some Palm Wine with the locals, and stayed the night.
The best activity we attended was Felabration, or an Afro-Beat music festival named in honor of Fela Kuti. When I arrived in Nigeria, I told Confidence I usually don’t stay out late, but the music was so good, I stayed out until 2:30AM! I could see and feel the African roots of Brazilian samba and axé and United States’ blues and funk.
One thing I wish I could have done is contacted Confidence earlier. Countries like Brazil and Nigeria have many controls to make sure people are safe, and money is not sent due to Fraud. For example, there is no way to send money to Confidence quickly, as all transactions are researched and can take 5-10 days. Confidence might ask for a large portion of the deposit upfront, and possibly sent to his Ghana account, but this is to insure he can use the money to reserve activity 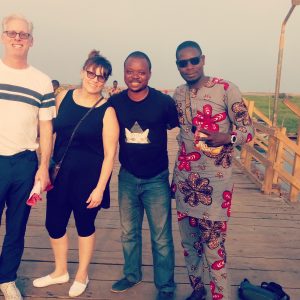 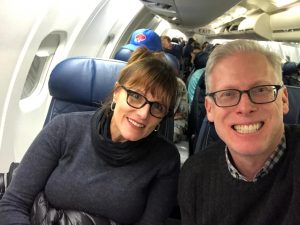 Booking with Confidence was easy and worry free. All we needed for our trip from NYC to Nigeria, Benin, Togo and Ghana was communicated clearly through email correspondence with Confidence, our tour guide extraordinaire. Hotels, visas, transportation driving across 4 West Africa countries, exchanging money, restaurants, museums, tours – was all taken care of AND believe me, we were amazed at all we saw and did during our 10 day vacation with Confidence. We are now family! We met so many wonderful new friends during our trip of a lifetime. I can’t wait to go back to see Confidence and more of West Africa! You too will love it!

Choose Your Adventure at one place with Ease

Ucomeafrik Tours offers hundreds of tours and activities for travelers around the globe. Choose from sightseeing tours to historic tours to interactive cultural programs and so much more. Ucomeafrik is the only way to West Africa, Securely and conveniently.